Leaving 2015 With a Sniffle


Well, the head cold that spread into my sinuses claimed another victim: Emily got the cold even worse than I did, although if she follows my history it shouldn’t last terribly long (unless it spreads into her sinuses).

As for me, yesterday the doctor put two more shots of antibiotics into my derriere or, as Hawkeye Pierce put it, the back of my front. If you include my allergy shots, that means I’ve had six shots in three places in three days … or four places, if you count each cheek separately. The difference is, antibiotic shots feel for a while like being kicked by an angry mule—twice.

Still, sinus infections aren’t unheard of after this surgery, and the doc tells me my sore throat is actually good news, in a way—my sinus passages are already draining better than they used to. I’ve decided to think of this bout of ick not as how the New Year starts, but as a way of saying good riddance to the old year. Naturally, I’m not so dumb as to say 2016 can only be better.

On the brighter side, we’re getting really good at treating illnesses! You might want to NOT say anything to Emily that includes the words “brighter side”. 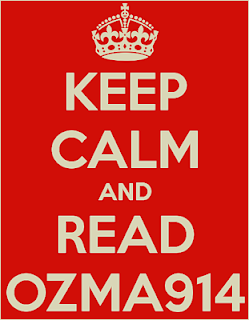 
I missed all the fun and exciting ice/wind storm stuff today due to a little post-operative problem. No, as predictable as it would be, I do not have another sinus infection.

I have a SUPER sinus infection. The doc gave me two shots of kryptonite today, and if that doesn’t work, he’s sending in Batman.

Boy, I wish I was kidding about the shots. I can barely sit down.

But at least we have power, for now, and a lot of people around here don’t. Just a quick reminder, so you don’t end up with the kind of pain I’m in: Be very cautious of fire, whether candles to light your home, or auxiliary heating like kerosene. Fire danger is high, and with open flames or generators, there’s a carbon monoxide hazard. Remember that just because downed power lines are quiet doesn’t mean they’re not live, and just because you can’t see ice doesn’t mean you aren’t about to look like Charlie Brown kicking the football. Be careful. 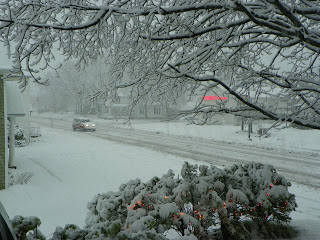 
Well, it seems we’re in for a return to normal weather here in Northern Indiana … can’t say I’m thrilled with the idea. As I write this there’s freezing rain coming in; by the time you read this, it will have arrived, or not. Then it’ll get cold, which again—not a fan.

Just the same, we seem to be one of the quiet spots around the country at the moment. There are blizzard, flood, winter storm, and ice storm warnings across the nation, winter storm and flash flood watches, more thunderstorm forecasts threatening tornadoes across the south, and even a few places that might be uncomfortably warm.

All of this gives us something to talk (and write) about, but that doesn’t make it fun. Be careful! Stay safe, dry, and prepared. 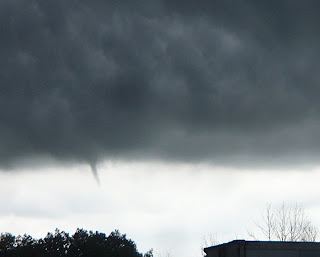 Fifty Authors from Fifty States: A New Year Already!: January 1 st , 2016 begins a new round of posts and prizes from our USA writing professionals. Writers of various genres, publishers...
Posted by Mark R Hunter No comments:

How the Grinch Spent Christmas


I was waiting for this to be released on video and as a result waited too long … so now here’s my new Christmas column, coming out just in time for my youngest daughter’s birthday. I thought of deleting “Scrooge” and putting in “Jill”, but it just didn’t work.

This is a busy time of year for my publisher, and I’d imagine they couldn’t find the time to do the animation—hopefully next year. Meanwhile, you just have to read this and imagine my voice or, perhaps better, don’t. It was originally in print in the 4County Mall (previously the Kendallville Mall), then on their website here:

I was in Dollar General—
I don’t make this stuff up—
When I ran into the Grinch,
And his reindeer, the pup.

“What brings you to town?” I asked, to be nice.
“The last time I heard you suffered the vice
Of hating all Christmas, the presents and lights;
Yet you stand in the isle of Yuletide delights.”

It’s true: We were right in the holiday lane,
The same place I cursed when Halloween came.
There were pine trees by pumpkins, costumes with wreaths.
You could get pumpkin spice with mint or with wraiths.

“I’ve joined the club”, he told me with a sneer.
“I’m going full out on Christmas this year.
I’m buying up lights and tinsel and stuff;
Don’t know what this is, but I can’t get enough.”

The thing he held up was a Thanksgiving display,
On clearance from last month, but I didn’t say.
“But I don’t understand,” I told the green guy.
“I thought you hate Christmas, and want it to die.”

“Oh, I do,” said the Grinch, with a Darth Vader like laugh.
(I don’t think Vader chortled, so that may be a gaff.)
“I’m joining the club; I’m going all in.
The result is a club they won’t want to be in!

“I’m putting up stockings, a tree in each room,
Outside speakers from which carols will boom.
Gaudy garland to drape all over my cave,
And starting that evening: all night holiday rave.

“I’ll have not tree skirts—oh no, tree gowns!
My garland will go wrapping around and around
Not just my home but the whole doggone mountain—
And a red, green, and yellow spice flavored fountain.

“Candles and pillows and shelves of snow globes,
Warm but so gaudy sweaters and robes,
Pillows and rugs and a gingerbread house—
And my wife will be decored … if I find me a spouse.

“Decoration limits? We won’t have any lid.
My holiday lights will take down the whole grid!
I’ll blind passing planes, then I’ll darken the state.
And then I’ll light candles and start a clean slate.

“And, oh yes, I’ll put my own name up in a blaze,
In rich Christmas colors, to cut through the haze
So all the Who’s down in Whoeville, that dump
Will know it is I who gave Christmas a bump.”

I have to admit, I was a bit mystified.
When it comes to the Grinch—well, this wasn’t the side
You think of when picturing this big green guy.
(Sure, he’s no Hulk, but still.)
So with great trepidation, I had to ask: “Why?”

“Why? You want to know why?”
(He sounded very much like Jack Nicolson at this point.)
“I’ll tell you why.

“My plan can’t be stopped, so I’ll tell you the reason:
By the time I’m done you’ll be sick of this season.
Everyone will hate Christmas: The music will grate,
The spice cinnamon stuff will make them hesitate

“To go out and carol, even if it fat free!
Or at least that’s how I’d feel, if caroling me.
And when it’s all done, they’ll feel the same way
As they feel about me—the Grinch—every day.”

I have to admit, he’d made a good plan.
Immersion attack from a Christmas hit man.
And it would have worked too, except he didn’t see
It had already been done, with consumerist glee.

I began to explain, but we’d hit the checkout,
And I realized what he was about to find out.
The clerk rang it up, a green sounding ring,
The numbers kept rising with every new bling.

The Grinch stumbled back, his hand to his head.
“With that bill the reindeer dog won’t get fed,
The heat will go off, hot chocolate won’t trickle—
I’ll end up a homeless, frozen Grinch-cicle!”

And he left his load there: every last light and trinket.
“If I knew of the cost I never would think it!
I’m going old school, next year I’ll lay low
And steal all the stuff from the Who’s down below.”

It’s an odd way to save Christmas, I think you’ll agree.
But that’s just how it happened … take it from me. 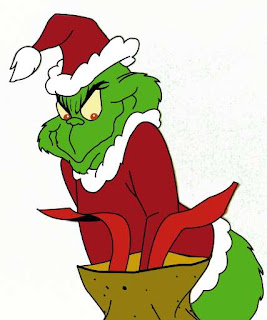